Can’t get enough of Ballinamore? TNA and Friends at The Island Theatre

The Island Theatre is a beautiful building just across the bridge in charming Ballinamore. Those Nervous Animals recently announced (in collaboration with The Island theatre) a very special show on Dec 11 2021, celebrating the success of The Mission Sessions but also the start of a new stage of writing and creativity. More on these plans shortly; they may involve DJ’s, other artists and some new styles, but for now the plan is to get together a locally based group of creatives and – in the spirit of The Steampunk Club (Dromahair), which some of you may be familiar with – to explore creative possibilities in front of a live audience. The show would therefore include some of the many amazing writing talents based in Leitrim. There are so many to choose from, but we started off with Amy O’Hara, whose album A Blue I Can’t Describe was a milestone release in 2021. Amy has a warm and engaging presence live, and was a key contributor to The Steampunk Club for many seasons. We also approached Brían Farrell, based in Leitrim village, and who has been working in the US until recently, when he returned home, assembled a band and started working on new material. Brían released a single, Lola in the late summer of ’21.

The safety of gig-goers is our priority. We can only admit fifty people (all safety protocols, social distancing, etc will be maintained for the show). Tickets on a first-come, first-serve, basis. Unfortunately, the influence of the pandemic was felt in the last days prior to the event. The Brían Farrell band were affected by issues associated with the virus and had to cancel their involvement.

Happily, another original local outfit, The Vibes, with Leo Logan, have, at very short notice, agreed to help us out and their set will open the show. The Vibes are based in Drumshanbo, with one member from Longford and the rest from Leitrim. Check them out here…

We look forward with great excitement to the night. As tickets are limited, we urge you not to delay in booking at

This project is supported by Leitrim County Council and the Department of Tourism, Culture, Arts, Gaeltacht, Sport & Media under the Local Live Performance Scheme 2021.

Can’t get enough of Ballinamore? TNA and Friends at The Island Theatre 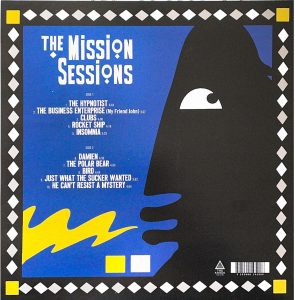 The story of the Mission Sessions cover

The Island Theatre Ballinamore is delighted to pre

A little taste of our show at Music’s Coming Hom

See you bright and early this Saturday. @sligolive